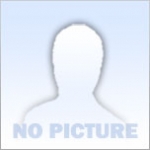 I was born in New Jersey and lived there until I was 18. Then, I lived in NYC for almost 10 years. After that, I moved to Korea...I've been in Korea since 2008, and I am currently teaching English at a women's university in Seoul.

I've played hockey since I was a little kid. It's my second-favorite sport (behind baseball). In addition to ball hockey, I also play ice hockey with the Seoul Chiefs.

I never blame the goalie, even if the goalie is clearly to blame.

My slap shot couldn't break a pane of glass, but my wrist shot is pretty good.

LET'S DO THAT HOCKEY.